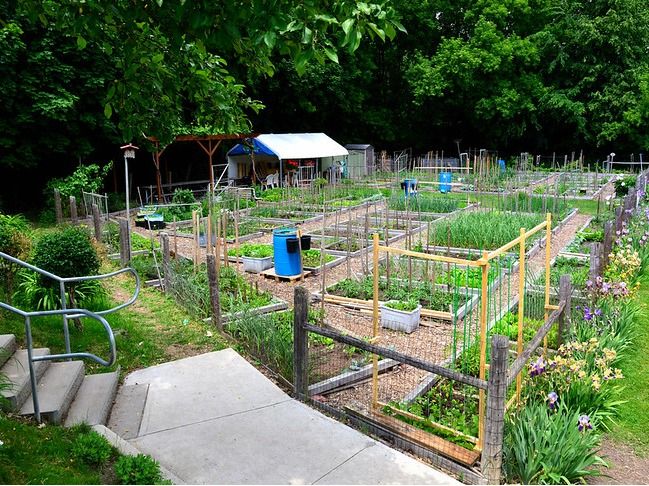 The Programa de Agricultura Urbana, based in the municipality of Rosario, Argentina, has been implemented over the last several years to combat the poverty and food insecurity that arose from decades of political and economic instability. The programme facilitates the growth of urban farming in the city, providing those who take part with new knowledge and livelihoods, and members of the community with fresh, local food. The city is now viewed as a key example of how agriculture can be integrated into urban development, finding a solution to both social and environmental issues.

Since the military took power in Argentina in 1976, poverty and food insecurity have been growing. As privatisation and deregulation programmes were implemented in the 1990s destitution—and job loss—increased further, leading to raids on supermarkets and hundreds of protesters demanding work or assistance. In January 2002, the Argentinian peso was driven down to one-third of its value, sending thousands of residents into a critical financial period. The city, which was once an industrial hotspot, has closed many of its steel, chemical and paper factories, further exacerbating the situation and driving unemployment to 33%. At this point, 60% of the population was living below the poverty line.

The local government of Rosario—a city about 300 kilometres northwest of Buenos Aires—launched the Programa de Agricultura Urbana, which was originally intended to amplify the municipality’s food donations to those in need. Eventually, people were given materials to start their own urban farms or gardens, and classes were held weekly on organic farming methods. Very quickly, Rosario—a city of one million—saw the formation of 800 gardening groups, as formerly degraded places were transformed into productive green spaces. Areas that were unsuitable for building were used for these farms: land along railways and highways, low-lying peri-urban land susceptible to flooding, and intended greenbelts that had not been developed as such due to a lack of funding. Farmers were given a small monthly subsidy of about 40 euros under the ‘unemployed heads of household plan’ to tide them over before the gardens started to produce. Those interested were provided with training and knowledge in a myriad of fields: production, management and sustainable use of medicinal plants, municipal solid waste recycling, community activism and ethical consumption, to name a few.

Although some people abandoned their gardens after the worst phase of the financial crisis had passed, the PAU was left with at least 600 gardening groups still committed to using urban farming to create jobs and fight poverty in Rosario—and producing vegetables for an estimated 40 000 people. The programme eventually created several weekly markets throughout the city, allowing farmers to transport and sell their produce in a simple, coordinated manner. The markets also sell goods made from the gardens’ produce: tinctures, natural cosmetics, pickled vegetables, sauces, syrups and jams. Overall, the programme was considered a great success, with the UN declaring Rosario as one of the best cities in the world regarding practices to improve the living conditions of society.